Who is Take Back Our Government?
An organization formed by one person funded by one entity to mislead and lie about Joe McClash’s record. The only commissioner that has continuously put the people first over a few developers! Don't let them buy a seat on the County Commission.
The money that has totally funded Take Back Our Government comes from one source FLORIDA WEST COAST HOLDINGS(PDF file 203KB), with an address of 2212 58TH AVE E BRADENTON, FL 34203. The negative attacks are an attempt for a developer to gain control of votes on our County Commission. The attack pieces are not accurate and you can expect at least 5 of these mailers. It is the dirty politics that corrupts our government. One person can use their money, and hide behind a made up organization, created just to attack an elected official just so they can make money at the expense of the community. Greed and corruption go hand in hand and now we have these nasty campaigns at our local level.

FLORIDA WEST COAST HOLDINGS
Campaign+Contributions+Take+back+our+government
Campaign+Contributions+Take+back+our+gov[...]
Adobe Acrobat document [56.3 KB]
Florida records report the address of 2212 58TH AVE E BRADENTON, FL 34203 is the location for Certified Building Contractor, CARLOS BERUFF who is a developer and is the registered agent with the following companies: 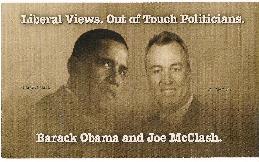 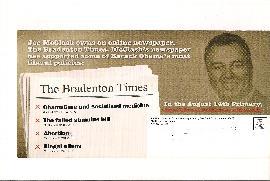 Joe's record is conservative and pro life. He has never supported obama care, and is the only commissioner questioning mandates like the abortion pill that could be mandated as a form of birth control. One developer distorting his record! 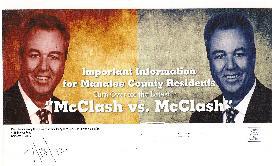 Taxes collected have been reduced by over $80million in the past 4 years. The state sets the pay of a County Commissioner and Joe has never lived off his Commission pay.The increase fees for garbage are part of the contract as fuel prices go up the fees are adjusted. The fact is our water sewer and garbage fees are some of the lowest in the state. 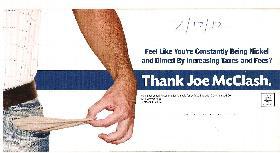 This is just like the attack above. False message by one developer. Dog parks having fees. Just not true. The County has a County Administrator that recommends fees and Joe has even requested lower fees than those recommended. The facts are taxes have been going down and the County reduced employees. This year taxes collected will be reduced another $4 million. 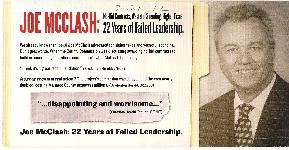 The fact is Joe was able to convince FDOT to provide a grant of over $4 million. The building was built in about a year. The work was bidded out and followed state law. His leadership should be rewarded not attacked! 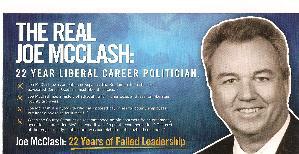 This is how the political consultants like to end the attack with a summary piece of the false facts.Why should anyone believe such a negative attack based on a single developer without contacting Joe first. After all we know we can trust him to tell the truth. He has been honest his whole time serving the County.